Karen Carter Richards, NNPA Chairman of the Board 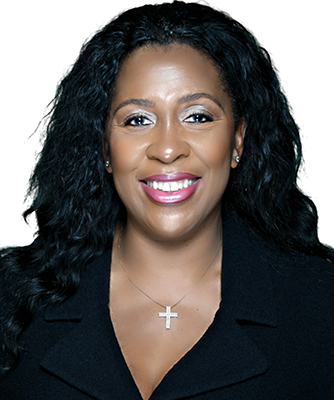 Karen Carter Richards, NNPA Chairman of the Board

Karen Carter Richards serves as CEO and Publisher for the Forward Times Publishing Company, Inc., a multimedia company that publishes weekly; the largest Black owned and independently published newspaper in the southern region.

Karen is the daughter of the late Julius P. Carter and Lenora Carter, original Founder/Publishers of the historic publication which has served the community since 1960.  Karen has continued the iconic legacy of her parents and after more than thirty years of working in the family business in various administrative and managerial positions, she has taken over the helm and transitioned the business into one of the leading multimedia companies in the country. As a second generation publisher, Karen has creatively expanded the mission of the Forward Times and has continued her family’s publishing legacy to ensure that it remains the strongest information vehicle and most trusted voice for African Americans in the city of Houston and throughout the southern region, and has never missed a week of print.

Following the untimely death of her mother in 2010, Karen launched “The Julius and Lenora Carter Scholarship & Youth Foundation” which supports students by granting scholarships and internships to those who aspire to a career in journalism and communications. The Foundation benefits low-to-moderate income high school seniors and college students who reside within the Greater Houston metropolitan area and are seeking to pursue a degree in Journalism, Broadcasting, Photography, Printing or Digital Communications. The Foundation has effectively partnered with local school districts and colleges/universities to offer internship opportunities to students which allow them to be exposed to various career options in the journalism and communications industry. The Foundation has provided over $35,000 in much needed scholarships to Houston area students and youth groups.

Because of her commitment and dedicated service, Karen has received numerous awards for her outstanding contributions, including the Texas Executive Women, “Women on the Move Award” Class of 2016, Tri-County Black Chamber of Commerce Living Legend ICON Award, “Top 25 Women of Houston,” International Financial Leadership Summit Award, National Council of Negro Women’s Mary McLeod Bethune Impact Service Award and many more. She serves on the Board of Directors for Greater Southeast Management District and the Houston Texans YMCA.

Karen served as First Vice-Chair for the National Newspaper Publishers Association (NNPA) from 2015-2019 and was elected as Chairman of the Board of the NNPA on June 28, 2019. She was also selected as NNPA Publisher of the Year in 2018.

Because of her leadership ability, Karen was selected to be a Fellow with the American Leadership Forum (ALF) Class XLVIII. Karen is also an inaugural member of the International Women’s Forum (IWF) – Houston Chapter, a singularly unique organization comprised of more than 6,000 dynamic women leaders in thirty-three countries and seventy-four forums around the world. She recently served as the Chairperson of “Go Red Girlfriend” an African American Awareness Initiative for the American Heart Association. Karen served on the transition team for Mayor Sylvester Turner as a member of the Economic Opportunity Committee, which focused on increasing job opportunities and closing the income inequality gap in the City of Houston. Karen is a member of The Stepping into Strength (SIS) Mentoring Program which builds and develops young girls in the community to become resilient, fearless, educated and empowered.

Karen is the proud mother of three children: Jesse, Chelsea and Nykayla.