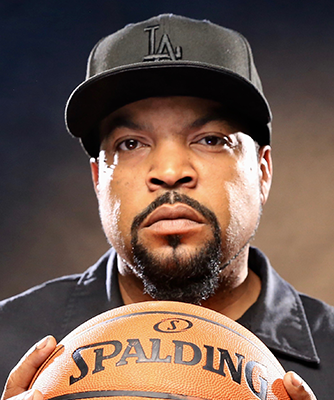 His first rap group, C.I.A., formed in 1986. In 1987, with Eazy-E and Dr. Dre, he formed a pioneering gangsta rap group, N.W.A. Its lead rapper, Cube wrote some of Dre’s and most of Eazy’s lyrics on Straight Outta Compton. A landmark that shaped West Coast rap’s first identity apart from East Coast rap, this album introduced lyrics extremely violent, threatening to attack abusive police and innocent civilians alike, lyrics that redrew boundaries. Leaving N.W.A in late 1989 via monetary dispute with its management by Eazy-E and by Jerry Heller, Cube teamed with New York artists and launched a solo rap career.

His first two solo albums, AmeriKKKa’s Most Wanted in 1990 and Death Certificate in 1991, were also forceful and controversial. Overall, the lyrics frame ideas of black struggle and black nationalism in a street reformulation of Nation of Islam ideology. Swiftly certified Platinum, these two albums, especially the latter, widely esteemed as sociopolitical criticism, are cited by later rappers as key influences, and place Cube on lists of the greatest rappers.

He entered cinema by convincingly playing Doughboy in director John Singleton‘s feature debut Boyz n the Hood, a 1991 drama, namesake of an influential 1987 rap song that Cube wrote. Cube co-wrote and starred in the 1995 comedy film Friday, premising Friday sequels, reshaping his persona into friendly movie star. His directorial debut was a 1998 film, The Player’s Club. By 2020, his acting roles include about 40 films, like the 1999 war comedy Three Kings, family comedies like the Barbershop series begun in 2002, and the Ride Along comedies near 2015. He was an executive producer of some of these, and of the 2015 biopic Straight Outta Compton, on N.W.A’s story.

In 2010, while his family film Are We There Yet? was spun into a sitcom, sports network ESPN televised his documentary Straight Outta L.A., analyzing the sociopolitical backstory of gangsta rap’s emergence and its finding early symbolism in Raiders football. In business, he launched a clothing line, Solo by Cube, and a 3-on-3 basketball league, Big3, mainly featuring retired NBA players. In 2018, he released his tenth solo album, Everythang’s Corrupt.

Cube continues to speak out on social injustice and other issues central to the African American community, including killing of George Floyd and the subsequent protests.