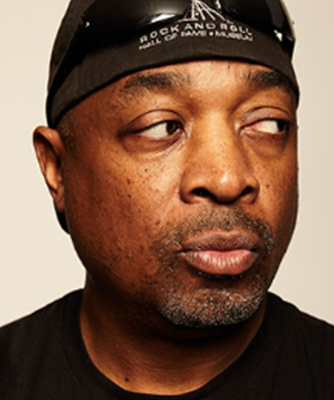 Attending Roosevelt Junior-Senior High School in New York, Chuck D displayed his passion for music and graphic designing by participating in the school’s hip hop events and even designing promotional flyers for them. Chuck D then went on to study graphic design at Adelphi University but continued to be actively involved in hip hop at the same time. During one of his radio shows, Chuck D was caught rapping on Shocklee’s ‘Public Enemy No. 1’ and was immediately signed as a rapper for Rick Rubin’s Def Jam Labels.

Chuck D and his group, Public Enemy, released their debut album Yo! Bum Rush the Show in 1987 but failed in making it a great hit. Their next album, It Takes a Nation of Millions to Hold Us Back, however, followed in 1988 and started the success streak for the band.

Public Enemy continued to produce one great hit after the other including Fear of a Black Planet and Apocalypse ’91…The Enemy Strikes Black, introducing the genre of rap music in all audiences. In 1988, the number one hip-hop band of its time also recorded the soundtrack for He Got Game.

The group’s success story came across a few hurdles when Chuck D endorsed the Muslim Minister, Louis Farrakhan. However, this controversy was unable to have a major impact on Chuck D’s career and he went on to become one of the most eloquent and expressive spokespersons for the black community.

While the troupe was headed towards its downfall, Chuck D released his first solo album, The Autobiography of Mistachuck, in 1996 followed by its written version in the following year. In 1998, the rapper left Public Enemy entirely after he was refused to release the band’s songs on the internet for free.

Following the resignation from the band, Chuck D became the advocate of MP3 technology through Atomic Pop and released an entire album through the internet in 1990. Later on, Chuck D launched his own website by the name of Rapstation.com which has become a large platform for the hip-hop community to broadcast their shows, upload free MP3 songs and ringtones, and keep themselves updated with the latest events.

Along with showing his support for the peer-to-peer file sharing, Chuck D kept his career as a musician active in the 2000s. While Grand Theft Auto: San Andreas featured his voice, the television show, Dark Angel, hired Chuck D as one of its collaborators for the show’s theme music. Some of the other singles which Chuck D continued to produce as a joint venture with other singers like Henry Rollins and Z-Trip were Rise Above and Shock and Awe.

Simultaneously, he also benefited from the opportunity of being a sports announcer in the Xbox 360 and Playstation 3 versions of NBA Ballers: Chosen One.

Another dimension was added to his career when Ridenhour wrote the forward to The Love Ethic: The Reason Why You Can’t Find and Keep Beautiful Black.

Due to his contributions in multiple fields such as singing, producing, commentating and writing, Chuck D will always remain an integral part of the American cultural landscape and will continue to be an important voice of the black community.